The South African public will get an illuminating view into the country’s high standard of architectural design as the finalists of the 2017 Corobrik-SAIA (South African Institute of Architects) Awards of Merit are showcased at the Ackerman’s forecourt in Menlyn Mall, Corner Atterbury & Lois roads Pretoria from the 20th to the 26th  November 2017.

The biennial awards are open to all SAIA members nationwide with regional awards presented in the first year of the awards’ cycle and national awards in the second year. Visitors to Menlyn Mall will have an opportunity to view the 60 competition entrants that stand a chance of receiving a coveted ‘Award of Merit’ at the awards’ ceremony to be held in May next year. Contestants comprise registered architects and architectural academics and each submission poster will feature images and a brief on a building that has been constructed within the last two years. These high-end contributions to the field of architecture will be displayed for five days as part of the Corobrik-SAIA Awards for Merit launch.

Outlining their ongoing sponsorship of the awards, Corobrik’s commercial director, Musa Shangase, said: “Architecture, like all art, has the ability to both captivate an audience while simultaneously acting as a visual representation of the socio-economic aspects of a place and time. The architectural style and colours used will reflect the popular aesthetics of an era while the products incorporated could speak to the trends as well as the economy at the time. There is so much depth and character to each building and this is truly evident in this year’s submissions.”

Shangase said that there was a definite trend towards the selection of sustainable building materials, with quality at the forefront of many architects’ designs.

“Rather than focusing on the here-and-now, people are looking to the future,” continued Shangase. “This means using quality building products is non-negotiable. We, at Corobrik, are so proud to be a part of this movement and we will continue to support events such as this, which only serve to encourage a high-level of architectural work.”

Obert Chakarisa, CEO of SAIA, commented on the deep cultural history each building reflects, saying: “It is generally accepted that architecture represents an equal measure of science and art, of rational and inspired thinking. This process is also infused with a deep understanding of the local culture of building as well as an ability to analyse and apply the lessons of our accumulated knowledge of building. It is this complex heritage that is reflected in buildings.”

He explained that the role of the adjudicating panel was to painstakingly uncover the ‘story’ housed within each building.

“Architecture is also a discursive practice where the architect’s ideas, the client’s wishes, as well as the building – a seemingly ‘mute’ object – are the purveyors of these messages. The assessment itself is also, largely, a discursive practice which needs an informed eye and willingness to see without prejudice to find and acknowledge these achievements.”

Maryke Cronje, the newly-elected president of the SAIA, commented on the importance of recognising design achievement within the architectural field.

“If one considers awards’ programmes like the Aga Kahn Award for Architecture, the Pritzker Prize for Architecture or even UNESCO’s ‘World Architecture Day’, all of these activities underscore the importance of buildings in the daily life of each person,” said Cronje. “The quality of buildings not only affects our quality of life, but also our ability to survive. And, because of this, the public needs to know about good buildings so that they can demand quality as well.”

She said that the number of buildings being constructed against the small number receiving awards of recognition points to the high level of achievement of the architect, the client and the builder.

“To build a building is a complex and expensive process,” she continued. “To complete a building of this kind of significance is a rare achievement that deserves public acknowledgement. With the awards’ programme the SAIA is building up a public record of the achievements of the architectural profession in South Africa.” 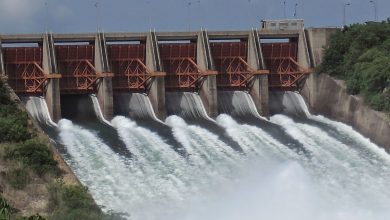 Tanzania vows to forge ahead with Stiegler’s Gorge energy project 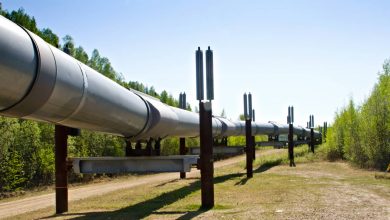